In 2011, Edna Schmeets received a phone call saying that she had won $19 million and a new car. She could not have known that she was suddenly on a path to losing close to $400,000.

From Harvey, North Dakota, Edna was a mother and a grandmother. She received a call from a man who called himself Newton Bennett and said he had exciting news. Edna had won the lottery, but before getting the impressive cash prize, she would have to pay taxes and fees on the money up front — money that she would get back, he assured.

Edna was living alone; her husband had passed away a few months earlier. She was worried about her children and grandchildren.

“I thought if I had all of this money I could give it to my children,” she said.

In her first payment, Edna sent $3,500 over a wire transfer. And that was just the beginning. For four years, she fielded calls almost every day.

“Sometimes he would call just to know how I was doing and to make sure I was getting everything done,” she said. “He was nice. Very nice.”

She knew she would get back all of the money that she sent, so she kept on writing checks. She was sending her life savings to a stranger. Edna’s scammer had told her to keep their calls a secret, so it took four years before someone intervened. Eventually, her bank realized what was happening and contacted her children, who were horrified. But she had already sent hundreds of thousands of dollars.

Edna was the target of a Jamaican lottery scam that has become more prevalent in the United States.

Her daughter Lisa was distraught. “People think, oh yeah, they lost like $500, but they don’t think, like my mom, losing her whole life savings,” Lisa said.

Edna and her family spoke to Jamaican journalist Archibald Gordon, who was seeking to humanize the issue of Jamaican lottery scandals in the United States.

“In Jamaica, the story of who the scammers are is well known. But it was hard for people to realize just who was being hurt,” Gordon said.

With support from the U.S. State Department and the U.S. Embassy in Kingston, Jamaica, Gordon produced a documentary film — “Scammed.”

“In Jamaica, these people might be thought of as naive or stupid and that’s just not true. They are prey to scammers who are really dedicated,” Gordon said in an interview. “This is an operation that is fairly well organized that involves people relating to other people for months at a time, targeting vulnerable people.”

“The victims of lottery fraud are different,” Dr. Doug Shadel, American Association of the Retired Persons (AARP) Washington state director, told Gordon. “They are the most vulnerable people in the United States. They are isolated, living alone. They are more open to those phone calls coming in.” Many also have cognitive deficits or suffer from Alzheimer’s disease, he added.

Alzheimer’s disease and cognitive impairment can have devastating effects on the brain and can put people at risk for being targeted by scammers.

Dr. Jason Karlawish, professor of medicine, medical ethics and health policy, and neurology at the University of Pennsylvania and co-director of the Penn Memory Center, has written extensively on how Alzheimer’s disease and cognitive impairment affect memory and the lives of the elderly.

“Alzheimer’s disease causes brain cells to die and leads to trouble making decisions, particularly financial decisions,” Karlawish told Gordon. After age 80, one in five people will have some degree of cognitive impairment, he said.

This makes the elderly population particularly vulnerable to scammers who can call day after day and rely on their target to be forgetful and not as sharp financially as he or she once was.

Phone scams like the one that targeted Edna have garnered national attention because of how abhorrent they appear and because they seem to be spreading across the United States.

There were 2,000 complaints about lottery scams in 2007, according to the Federal Trade Commision (FTC). In 2015, that number had exploded to about 59,000 reports all across the country.

Maine Sen. Susan Collins, who chairs the U.S. Senate Special Committee on Aging, has tackled this issue head-on. She said more than $300 million has been lost due to lottery-type scams and there are sometimes 30,000 calls a day from Jamaica to the United States.

“More needs to be done, both by the Jamaican government and by our government in the United States,” she told Gordon.

Collins wants to send a message to the perpetrators of these scams that these crimes will not be tolerated and that scammers may face imprisonment in the United States.

Michael thought someone was stealing his money.

A Vietnam War veteran and former a design engineer for a diesel manufacturing company, Michael was living alone when he suffered a stroke. He recovered and went on to author five books while maintaining active friendships, especially with his younger brother, Steve.

After Michael’s stroke, Steve often drove him around town to run errands. The two shared a close connection, but Michael withheld an important secret: His memory was fading.

When Michael thought someone was stealing his money, the two brothers went to the bank together, only for Steve to realize that his brother was in much worse shape than he could have imagined.

Nobody was stealing money from Michael; Michael was withdrawing money from his accounts himself, but he could not remember doing so. The bank had records of the withdrawals and Michael’s signatures as confirmation.

By the time Steve intervened to take control of Michael’s bank accounts “to protect him from himself,” Michael had already lost his life savings to a Jamaican lottery scam.

Feeling dejected and in a tough position, Michael was issued an eviction notice from his house. Before his brother could arrive, Michael took his own life.

What can be done to help protect the people who are being hurt by these scams?

Collins suggests stricter punishments. She has worked more closely with the Jamaican government to extradite arrested scammers to the United State for trial. Meanwhile, Karlwawish has sought after another solution, an approach he calls “whealthcare.”

Though financial abuse and exploitation is typically seen as and handled as a law enforcement issue, Karlawish believes we can address elder financial abuse and neglect more effectively if we frame those are part of the public health issue of assuring financial security with aging.

“Much like infectious diseases, one of the reasons it’s a public health problem is because it affects other people,” he told Making Sense of Alzheimer’s. “As individuals lose the ability to manage their money, they’re not in a position to make up the lost funds. They can’t go back to work. Someone else has to step in and cover for the losses. That’s either family or society, through tax dollars. It’s a problem that the methods of public health, namely education, empowerment and surveillance, can begin to help to identify it so that intervention can occur. The frontline of the surveillance is not doctors but bankers.”

Bankers need education and training to spot the signs of cognitive change as well as exploitation and abuse, Karlawish said. Bankers can also use data to identify problems, freeze accounts or transactions as necessary, and report to appropriate experts.

Banks can also work with clients to identify trusted third parties who can maintain “read-only” access to accounts to help watch for suspicious activity. Learn more about Whealthcare at www.whealthcare.org. 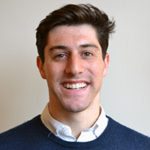 David Ney was a Making Sense of Alzheimer’s intern for the 2016-2017 academic year.