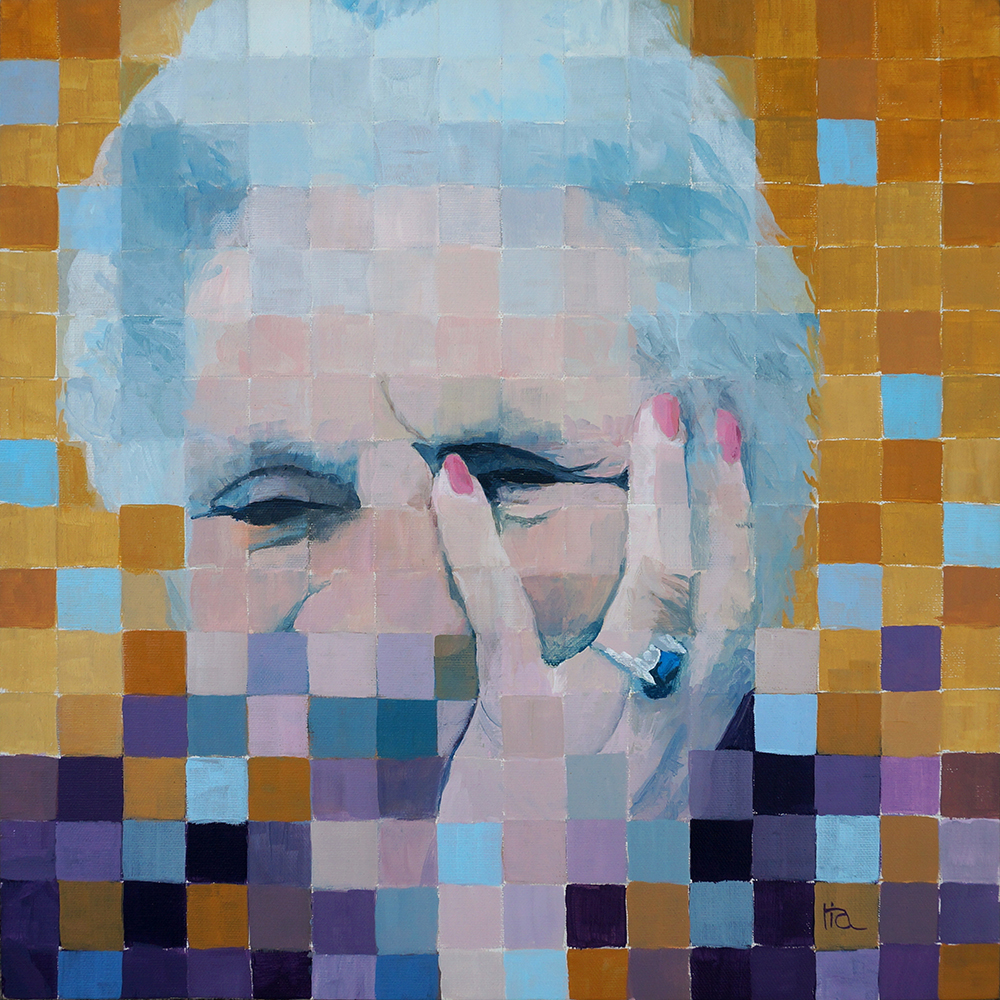 As Ria Hills visited her mother each day in the nursing home, she began to notice the other dementia residents fade away, as if in chunks.

But as she looked closer, she realized that the image of the person was changed, but not lost.

This sentiment shines through in “Fractured.” When Ria first sat down to paint a portrait of Marge, another resident, her intent was to paint the entire face.

“That kind of took on a life of its own when I was working on it, which is not my normal process,” Ria said. “When I started working toward the bottom of the face, I realized, there was so much about this woman that I didn’t know. And the blocks seemed like a good idea.

“It’s fascinating that although the ‘blocks’ of their lives may be misplaced or missing, that each person, depending on the severity of the illness, maintains much of his/her personality.”

This was the case with Marge and Hills’ mother, Johanna, who passed away in November 2014.

Marge, a social creature, often interacted with Johanna and Ria, telling stories that rarely made sense, Ria said. But she often spoke clearly of her love of her ring, a gift from her husband, Ria believes.

Ria captured a photo of Marge one day, as her hand was outstretched displaying the beloved ring, and worked from the photo to create the painting.

“The position she was sitting in just appealed to me,” Ria said.

To create the portrait, Ria brought the photo into Photoshop to overlay a graph and split the photo into blocks. From there, she worked in each individual block using acrylics. For the colors of each block, she used those that were within the photo and exaggerated the intensity in addition to some complementary colors that otherwise appealed to her.

The painting was sold privately in 2011.

“My hope is that people who have family members who have been recently diagnosed will learn more about the effects of the illness and discover that the person who they knew still remains,” Ria said. “That they can look beyond the missing blocks.”

Ria Hills, of Uxbridge Mass., is a self-taught painter working mostly in pastels. You can find her work on her website, riahills.com.