In the early 2000s, budding photographer Christopher Nunn began a friendship with “David,” an artist in his own right. The friendship included tea times, lunches, long walks, and shared company. Christopher began his first photography project by taking portraits of his new friend.

That inaugural project evolved into “Falling Into The Day,” a seven-year series chronicling the slow progress of Alzheimer’s disease.

Christopher was always fascinated by David’s life, but starting in 2009, he began to notice shifts in the artist’s behavior. He then learned from a mutual friend that David had been diagnosed with Alzheimer’s.

“What began as a simple character study of an eccentric man and his quiet existence slowly became a story about living with dementia and the subtle deterioration of a creative mind during the last years of self-sufficiency and independence,” said Christopher. “Obviously there was a lot of sadness when making this work,” he said. “I saw David lose his sense of who he was and eventually his dignity.”

Most of the time spent together did not involve Christopher photographing David.

“That evolved slowly from our friendship,” he said. “These circumstances and the fact that I lived close to him meant that I had incredible access to David, which allowed me to shoot in such a slow way. This is a luxury, a very rare thing for a photographer, in my opinion.”

Christopher began receiving multiple phone calls from David, and it became apparent that David did not remember previous conversations. In addition, Christopher describes that David became confused and uncomfortable in his own life. Art stopped making sense to him.

“This is the reason that there are only very subtle hints in the work to David being an artist,” Christopher said. “I didn’t want to focus on him as an artist, but rather the person that was left once his life-defining career and practice had slipped away.”

Reactions to the work have been positive. Christopher said people reach out to him and share that the photos are reflective of their own experiences with loved ones who suffer from Alzheimer’s. And, of course, the project met with David’s approval.

“David always enjoyed the collaborative process of making these images and he liked to look at the prints,” Christopher said. “I finally stopped photographing when it no longer felt like a collaboration and he no longer knew who I was.”

What Christopher hopes viewers will take away from the project is simple: “That there is something very human behind this incredibly dehumanizing disease.”

This project earned Christopher a grant from The Bob and Diane Fund. The fund was founded in 2016 by Gina Martin in honor of her parents. According to Gina: Her mother, Diane, passed away of Alzheimer’s in 2011 after five years of living with the disease. Her father, Bob, Diane’s high school sweetheart and husband of almost 50 years, passed away three months later. She created the grant to bring a visual awareness and to start a discussion about Alzheimer’s disease. Each year, the fund gives $5,000 to a photographer with an existing body of work to help finish, publish or exhibit the work. 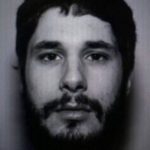 Christopher Nunn is a photographer based in the north of England. He is currently working on long-term, documentary-based projects in Ukraine, where he has worked over multiple trips since 2013. In 2015 he was nominated for the Prix Pictet award, and in 2016 was selected as one of PDN’s 30 New and Emerging Photographers. In 2017 he was selected as one of the winners of Magenta Foundation Flash Forward, and most recently was the recipient of the second Bob & Diane Fund grant for work on Alzheimer’s.