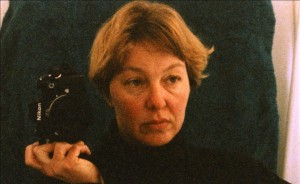 Despite dementia having taken its toll on Barnard and her speech ability, Rubin believed she was deliberately — and remarkably — reflecting on how the disease had taken a toll on her cognitive and physical health just two years before it would also take her life.

Addressing an audience of 60 people at the University of Pennsylvania in March, Rubin said he wanted to “push beyond the sadness and let her story probe the limits of what it is to be human.”

Barnard held a variety of professional roles in the St. Louis region, eventually finding herself working in information technology. But her passion was fine art photography.

“When I’m with my camera, it’s as though the world is giving me all these gifts,” Rubin recalled her saying.

Through an hour-long presentation and Q+A session, Rubin showed a combination of her photography and photos and videos he took of her as her dementia worsened.

In 2005, she was getting lost while driving and taking public transit. Three months later, she received a diagnosis of severe cognitive loss of undetermined origin. The next summer, the diagnosis is changed to dementia.

“My life is over,” Barnard said.

Over the next two years, her condition worsened. By the end of 2007, she needed help dressing and bathing.

A year later, at a philosophy conference in Baltimore, Rubin and Barnard heard a case of a woman who starts an affair in a nursing home, despite years of loyalty to her husband. The presenting speaker asked: “Should you honor the wishes of a person who is in the early stages of dementia after she ceases to be a person?” One frustrated attendee later responded: “People with profound cognitive loss deserve to be called persons in honor of the capacities they once had.”

On another occasion, Rubin tries to force Barnard to take medication after she refused. A slight struggle ensued, Beck fell against a wall and, holding her injured head, cried out, “I’m just a person.”

“Beck’s assertion of her own humanity was a rebuke, not just to the philosopher, but to me as well,” Rubin said. “I was stunned at what her disease had led me to do.”

Speaking ability was not the first faculty to go, but it did near the end of 2008.

When prompted, she could piece together clear thoughts, Rubin said. When he had asked if she liked him, she responded, “Like you? Like you? Richard, I love you.”

A physician who witnessed the exchange told Rubin that it was interesting, but that she didn’t know what she was saying. Rubin disagreed.

“She was attuned to the semantic content of what she was saying and the emotion it conveyed,” Rubin told the audience.

At the behest of another clinician, Rubin began recording his wife frequently to study her language. What he discovered was a set of themes in her speech, focusing primarily on love, life, and loss.

One month after the doctor said she didn’t know what she was saying, she told Rubin, “I was life.” A few months after, he caught her on video saying, “I died. I died. I died.” Rubin later asked, “Do you want to die?” After a minute of silence, she says, “I love life…love, love, love.”

“Here was someone who had gone through suffering no one should have to live through, and who a month before said that she had already died, still says, ‘I love life.’ ” Weeks later, in a recording, she tells a nurse, “I am life.”

In October 2012, her language seems totally lost during a recorded conversation with a nurse, but when Rubin steps in front of her, she smiles and starts repeating, “Love.” 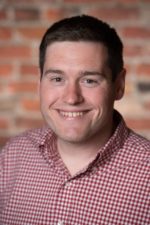